Matt’s journey from the east coast to the Napa Valley in the late 90's was driven by his background in wine and food and, of course, living and practicing law in a landscape that gets as close to Nirvana as one could hope. 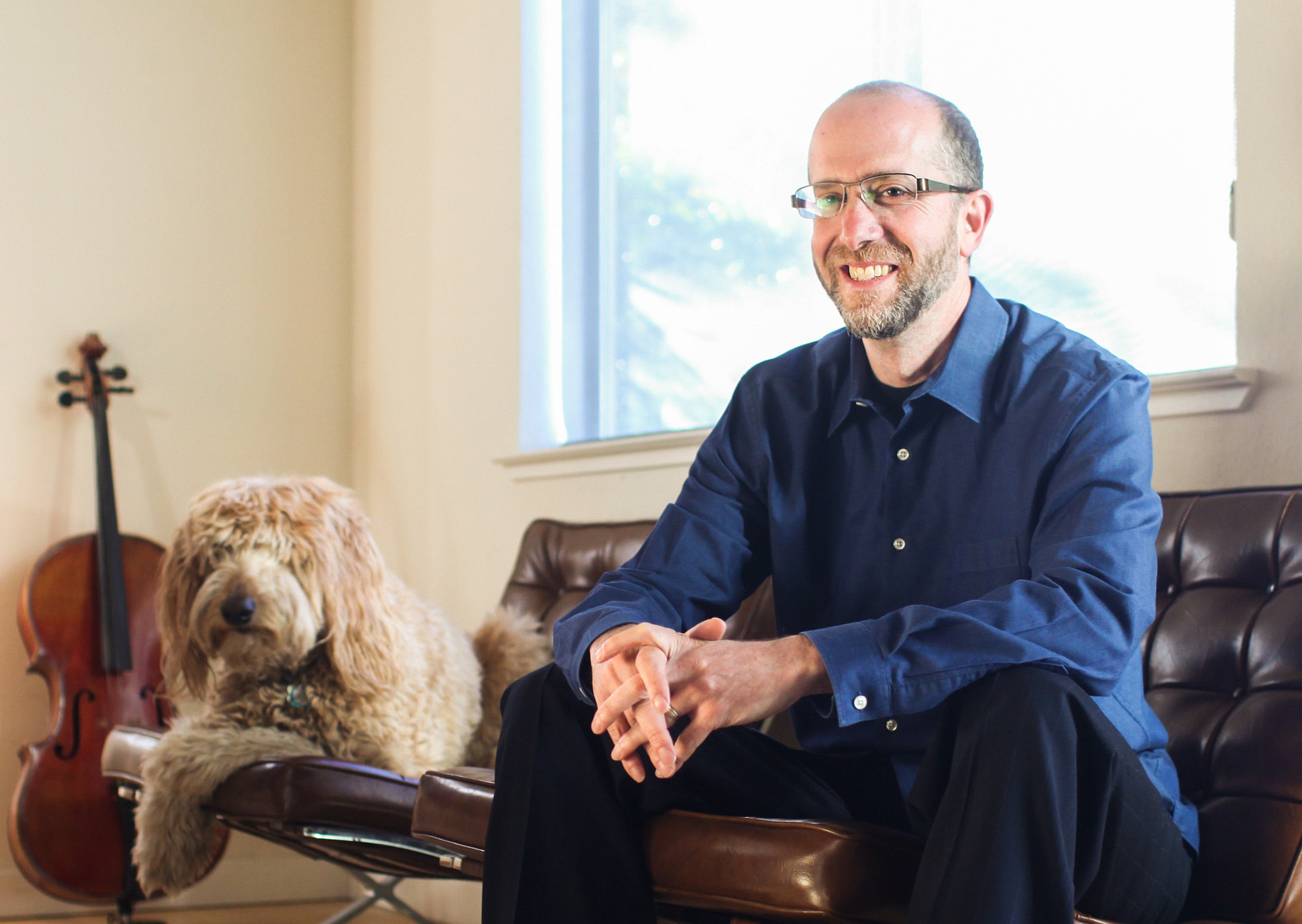 Born and raised outside Philadelphia, Matt is a graduate of Columbia University (cum laude, 1987) and Temple University Beasley School of Law (on Law Review and with multiple awards, in 1996). In between college and law school, Matt was a sommelier and wine buyer at the famed “21” Club in Manhattan. After two years in a large corporate practice in Philadelphia, Matt moved to Napa to become a wine industry lawyer and raise a family with his wife Hillary in the heart of wine country, where he focuses on business, real property, alcohol beverage, land use and music/film/literary/digital arts law, assisting clients on setting and achieving their business goals and avoiding or managing pitfalls and disputes.

Clwyd Road (pronounced “Clid”) in Bala Cynwyd (pronounced “Kin-wood”) is where the Eisenberg boys (4 of us) grew up outside Philadelphia in the 60’s, 70’s and into the 80’s. One thing we all learned to do as children was spell out these Welsh-based names for our street and hometown, all the more amusing given our Ukrainian Jewish heritage. Of course, there are some that claim that the Welsh language was actually derived from Hebrew and that the Welsh people were the first Jews or Israelites so maybe it all makes sense—maybe…

High school brought me from Wales to Germany (or at least Germantown), where I graduated from Germantown Friends School in a part of Philadelphia that provided shelter to George Washington and his cabinet fleeing the Yellow Fever in 1783.

In 1991, in my effort to enter the hospitality field (with a plan to open a restaurant with a French chef friend of mine), I became certified as a Wine Captain at the Sommelier Society of America and thereafter became a sommelier and wine buyer for the ‘21′ Club, the famed prohibition-era restaurant and former speakeasy on 52nd Street in Manhattan, which features a secret wine cellar in its vaulted basement. Years later, at the funeral of a beloved uncle of mine, I learned that my grandfather Sam and his brothers were known as the “Silvers Brothers Alcohol Mob” during Prohibition, a well-known (even notorious) bootlegging and rum-running operation based in Philadelphia.  So the ‘21′ Club, and my interest in wine, were apparently genetically, or at least historically, determined.

In 1993, I returned to my hometown of Philadelphia to attend law school, graduating in 1996 from Temple University Beasley School of Law, where I was selected for the Temple Law Review and received the Best Writer award, among other honors. After law school, I joined the Philadelphia law firm of Klehr, Harrison, Harvey, Branzburg & Ellers, practicing securities law, creditor’s rights and complex commercial litigation.

In 1998, I moved to Napa with my wife and our then 18-month old son to pursue a law practice in the wine, vineyard, food and hospitality industries. At Dickenson, Peatman & Fogarty for over ten years, I further developed my expertise in these areas.  In 2002, I was elected as a Director (and Shareholder) after only four years at the firm.

In 2008,  I founded my own firm where I continue to work for business clients at every stage of the business cycle, from entity selection and formation through acquisitions and sale or merger. I have guided individuals and families on various business issues, succession and land use/planning, and have worked on securities offerings and a range of business, entertaiment and real property transactions. In this regard, I have successfully negotiated acquisitions and sales of vineyard, winery, gourmet food, brewery, resort, restaurant and related assets, a range of debt and equity financing transactions, complex vineyard leases and grape contracts, in addition to preparing and structuring investment offering materials and advising clients on a variety of finance, real property, alcohol beverage and business/corporate planning issues, including workouts/restructurings, due diligence and real property sales tax issues/appeals.

My professional affiliations include membership in the Business and Real Property sections of The State Bar of California and the Napa County Bar Association.

My non-lawyer time is spent with my wife Hillary Homzie, a children’s book author and professor, and our three boys, Jonah, Ari and Micah.  Other interests include travel (both near and far), food and wine (of course), music (from progressive rock to ska/reggae) and being the helicopter Dad for my sons and their various music/film/academic pursuits.

See article here for a 2019 profile of Matt’s practice in the Napa Valley Register.

Interviewed in What kind ofTaxes Will I Pay on a California Vineyard Home?, Mansion Global/Barron’s (2019).

For more than two decades, Matt has been deeply involved in nonprofit and community activities in the Napa Valley while advising nonprofits on legal and compliance issues.

Napa Advisory Board Member of 10,000 Degrees (2019-present), which helps students from low-income backgrounds get to and through college in order to positively impact their communities and the world. Working on outreach and fundraising to activate program in Napa middle and high schools as well as Napa Valley College.

Board member of Napa Parks and Recreation Foundation (2018-present), which provides scholarships and support to Napa’s youth, seniors and special needs communities through recreation programs and services.  Spearheaded community engagement and fundraising committee for Phase 2 of Playground Fantástico.

Board member and Officer of  If Given a Chance Foundation (2011-2015), an organization focused on providing scholarships and support for young people who have overcome extreme hardship.

President of the Board of the Napa Valley Youth Symphony (2010-2013), Board member and Fundraising Chair (2007-2010). President Emeritus and Advisory Board member (current).

Board member and Vice President of the Napa Valley Education Foundation (1999-2006).

Member of the Facilities and Long-Range Planning Committee for  Congregation Beth Shalom of the Napa Valley (1999-2003 and again in 2008).

In 2000, Matt conceived of the idea of a playground and public art park for the Napa Valley incorporating commissioned art, creative landscaping and play structures for children. He led the fundraising efforts that resulted in over $400,000 raised from individuals, wineries, public and private foundations, state and local government and regional and national service groups for what is now known as Playground Fantástico. In the process, he also led nine committees and organized more than 3,000 community volunteers who came together to build the park in the summer of 2002. Matt also co-wrote with the Arts Council of Napa Valley a proposal that resulted in the first-ever Napa Valley grant from the National Endowment for the Arts to commission an original tile-mosaic wall.  At the center of the playground is a giant sculpture by Gordon Huether, a metal and glass artist based in the Napa Valley whose work appears internationally.

Upon completion of construction, Matt also finalized an additional donation of $75,000 from the Robert Mondavi family to support a long-term endowment of the project. The success of this project for the benefit of the Napa community was a realization of Matt’s enduring passion for art and public/private collaboration and his ability to work with others to raise the money needed to support these ends.

The San Francisco Chronicle acknowledged Playground Fantástico as one of the best playgrounds in the Bay Area. They write that it has “unique, Dali-esque play equipment.” See the full article.

Other awards received by Matt and the project itself include:

Mayor of Napa’s “Shining Star” award for “shining like a star, inspiring others and contributing to our success.”

Selected as one of one of “Most Intriguing People of the Year,” Napa Valley Life magazine .

As a result of the Playground Fantástico project, Matt was appointed as one of the founding members of the Napa County Parks and Open Space Advisory Committee, which ultimately led to the creation of the first-ever Napa County Regional Park and Open Space District.

From 2017-19, Matt led the community committee working with the City of Napa and other stakeholders on a major renovation/rebuild of the Playground, which occurred in the fall of 2019.